“I just want one more summer,” my father said
as he lay upon his winter bed
and I held his hand as though
I could prevent him from slipping away.
“I love you, Dad,” I said though I could scarce
force the words from a throat scratched with tears.
He had no such trouble.
Liberated by the shadow of time
from the verbal prison of his generation
he said: "I love you too. I love all my sons very much."
Four sons. You could say he had sired
enough pallbearers.
The son born by the father, the father borne by the son.
Such is the circle.
I held his hand,
once the outrider of his vitality,
now purpled by cold and blotched with age
and I thought about the history of that hand,
meting punishment, giving guidance,
saving my life on more than one occasion.
That hand had never wavered
in the duty of its love.
I held your hand, my father,
and I thought of all I longed to give you
like grandchildren
and achievements worthy of
bowling green braggery.
But most of all
I wanted to open my hand
and find there
one more summer
to give you
before you go to where
I hope it is always summer.
The poet wishes to acknowledge Valley Micropress in whose pages this poem first appeared.
Posted by Ben Hur at 08:00 No comments:

Labels: a son's sorrow, dying, fathers, summer, the history of a father-son relationship

The Snow Storm
Announced by all the trumpets of the sky,
Arrives the snow, and, driving o'er the fields,
Seems nowhere to alight: the whited air
Hides hills and woods, the river, and the heaven,
And veils the farmhouse at the garden's end.
The sled and traveler stopped, the courier's feet
Delayed, all friends shut out, the housemates sit
Around the radiant fireplace, enclosed
In a tumultuous privacy of storm.
Come see the north wind's masonry.
Out of an unseen quarry evermore
Furnished with tile, the fierce artificer
Curves his white bastions with projected roof
Round every windward stake, or tree, or door.
Speeding, the myriad-handed, his wild work
So fanciful, so savage, nought cares he
For number or proportion. Mockingly,
On coop or kennel he hangs Parian wreaths;
A swan-like form invests the hidden thorn;
Fills up the farmer's lane from wall to wall,
Maugre the farmer's sighs; and, at the gate,
A tapering turret overtops the work.
And when his hours are numbered, and the world
Is all his own, retiring, as he were not,
Leaves, when the sun appears, astonished Art
To mimic in slow structures, stone by stone,
Built in an age, the mad wind's night-work,
The frolic architecture of the snow.
-- Ralph Waldo Emerson (1803-1882) 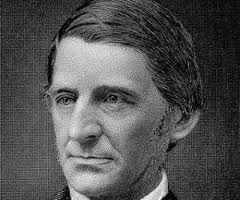 Given that we had a "polar blast" last week, I thought this poem was entirely appropriate. It may be "old hat" for readers and poets in places like Canada, Europe and the northern states of USA, but to have deep snow drifts on the streets of our cities and towns was pretty unusual. Here, the snow usually falls on high hills and mountain tops. Unlike Ralph, for us it was the south wind's masonry.

Here are a few of our images from the three "snow days" with workplaces and schools closed: 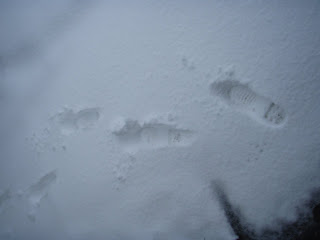 Is this a Yeti? 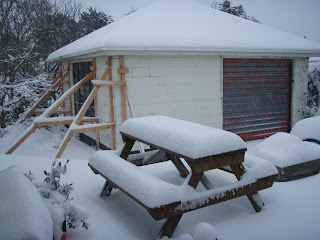 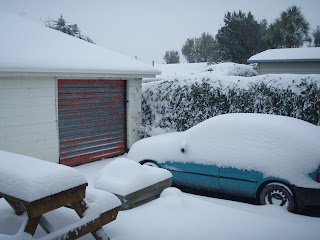 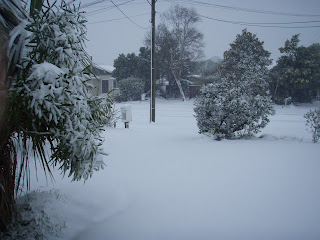 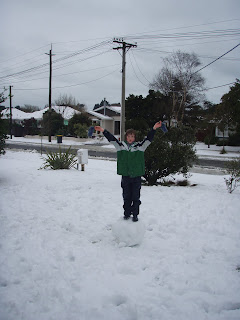 Ryan standing on a snowball. 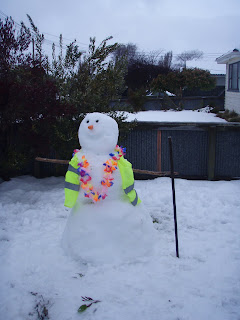 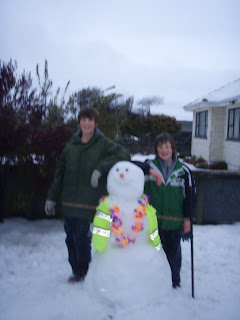 Thomas and Ryan pose with the Snow King.

For Mere
Beneath your quiet grace
I’ve always sensed a power
of purpose
and peaceful strength
but here a chance encounter
a chance enquiry
on Courtenay Place
finds it is more than the wind buffets you
there is fragility shimmering in your smiling eyes
shards of sorrow
twined
loss of a life anticipated
loss of a love separated
we explore all the permutations
torture ourselves with all the possibilities
all the “what if”s
pour down that ever-darkening funnel
to emerge as a single drop of pain
crystallised as “why?”
and I reach out the hand of support
offer some words of consolation
but in the face of your twin sorrows
these well-intentioned gestures feel ineffectual
tossed away in the wind
howling through your heart
Posted by Ben Hur at 08:00 No comments:

Panic on the Streets of London (with apologies to The Smiths)

"But there's Panic on the streets of Carlisle,
Dublin, Dundee, Humberside.
I wonder to myself.


Recently, the news has been full of images and reports about the rioting in the UK, supposedly triggered by the shooting of a black man by police.


David Cameron, the English PM, and other assorted authority figures are quick to address the press and denounce the rioters as common criminals, but something rings hollow about their pronouncements.


I have been amongst a riot in the past, the famous "Queens Street riot" of 1984, so I'm not naive about these situations. They often start from some genuine point of grievance, but are later joined and fuelled by opportunists and "chancers" whose motives are less pure.


Certainly, a criminal element has surfaced in the UK riots as witnessed by the looting and violence. But Cameron lays the blame squarely at the feet of idle, unemployed, lower class youth. That is like painting over rotting floorboards. You can pretend they are fine because they look nice, but underneath they are still rotting.


Why are these youth idle and unemployed, frustrated, bored and full of anger looking for an outlet through which to be vented?


This is not a rant about political and economic systems, a comparison or even a vaunting of one system over another. All human social systems are flawed.


But in the social unrest spreading through the Middle East, Europe and South America, are we seeing (not to be overly dramatic) the death throes of Capitalism?


In South America, youth are protesting about their education, claiming the government denies the poorer students the quality of education it provides for richer students. In Egypt, Libya, Bahrain and Syria, people are chafing under repressive regimes that have been able to remain in power because of Western support because the West needs their allegiance and their oil. In many European countries, people are marching to protest against austerity measures forced on them by governments who acquired massive debts and for whom the chickens have come home to roost since the sub-prime mortgage debacle in the USA triggered a global financial crisis. Ordinary, working people are struggling to survive and they see all the Wall Street criminals rewarded for their reckless greed and it makes them MIGHTY ANGRY!


It is a time when that old saying, "The rich get richer and the poor get poorer", has never seemed more pertinent. Wealth is increasingly concentrating into fewer and fewer hands and the vast bulk of the economic underclass that capitalism requires to generate that wealth have had enough.


Where is that famous "Third Way" that Tony Blair trumpeted about when he first got into power with "New Labour"? England soon found that "New Labour" were really just Old Tories with trendier clothes and hipper friends.


When the Soviet Union imploded, Reagan et al hailed that as the triumph of Capitalism. But it was really that they were both tired, but Capitalism was the only one left standing. Communism was ideal in theory. After all, it was probably Jesus' idea before Engels and Marx expanded on it. But we are not all as noble and selfless as Jesus, Gautama Buddha, Mohammed, Moses, Abraham, Bahá’u’lláh and all their prophet mates. Communism was corrupted by flawed human nature, its descent from noble cause into brutal totalitarianism brilliantly captured by George Orwell in his book, Animal Farm.


So, some of us had a go at Communism with not great success. The rest of us have been "doing" Capitalism for longer than we can remember. And then we get China trying to be some weird hybrid of Free Market and Totalitarian Regime. How's it workin' out for you, boys and girls?


So can there be a real and genuine alternative, a true Third Way? I don't honestly know, but, at present, Capitalism is not working too well for a whole lot of folks and they want to see change. They want a world where the air is clean, the water is drinkable, the animals aren't disappearing at an alarming rate and their children can have a decent, healthy, humane future. Is that so much to ask? I don't think so, do you?
Posted by Ben Hur at 13:07 No comments:

Walking home alone on Saturday night,
social sounds spilling around me then
fading in my slipstream,
I round the corner of my street and
an image of your face rises
to combat the cold that searches for
the marrow of my bones.
Hope flutters like a wounded bird into
the pale sky of a vision desperate
with longing.
Forgive my physical hunger.
You were right to deny it
because by morning
you had given me
a far greater nourishment.
Posted by Ben Hur at 08:00 2 comments:

"You can live too long," my grandmother says
and, hovering in the wings of her hundredth year,
few know it better than she.
Her body is a framework of sparrow bones
encaging the heart of a lion,
a heart that stirs with savage music in mutiny to her wishes.
A life lived in service is loath to become a burden.
My mother, steeped in a mantle of Irish Catholicism, says
it rattles her faith to see Grandmother
visited by torments she does not deserve.
My father who loves her like his own mother
remembers her as a woman who lived without complaint
now that physical pain and mental anguish
drive her beyond her character.
My aunts are two sides of a triangle weakened by the third,
playing down the struggle that ages them too soon
and plying her with love to ease the bitter passage
to the banks of the Styx.
And I, her grandson, with a throat full of lumps
and a head full of happier times,
look at my grandmother not as a rheumy-eyed woman
with thin hair and threadbare skin,
but the grandma I shared a room with,
standing true as the kauri of her house
before her mirror at bedtime.
Her fingers not gnarled but deft as they unleashed
a cascade of thick, white tresses
and the sparkle in her eye as she told me stories
to the rhythm of her brushstrokes.
As a child, my grandmother had magic and mana to me,
and no matter how fate and time erode her,
nothing can strip the magic from our hearts.
The poet wishes to acknowledge The National Poetry Foundation (UK) in whose anthology this poem first appeared.
Posted by Ben Hur at 10:51 3 comments: