Tuesday Poem: "Dispatch from the Fringe" (a VideoPoem) by Paul E. Nelson

His achievements are too numerous to mention, but you can find out more about him here:

Here's a bit of information from his own blog:

Tuesday Poem: "After the Last Bulletins" by Richard Wilbur

After the last bulletins the windows darken
And the whole city founders readily and deep,
Sliding on all its pillows
To the thronged Atlantis of personal sleep,

And the wind rises. The wind rises and bowls
The day’s litter of news in the alleys. Trash
Tears itself on the railings,
Soars and falls with a soft crash,

Tumbles and soars again. Unruly flights
Scamper the park, and taking a statue for dead
Strike at the positive eyes,
Batter and flap the stolid head

And scratch the noble name. In empty lots
Our journals spiral in a fierce noyade
Of all we thought to think,
Or caught in corners cramp and wad

And twist our words. And some from gutters flail
Their tatters at the tired patrolman’s feet,
Like all that fisted snow
That cried beside his long retreat

Damn you! damn you! to the emperor’s horse’s heels.
Oh none too soon through the air white and dry
Will the clear announcer’s voice
Beat like a dove, and you and I

From the heart’s anarch and responsible town
Return by subway-mouth to life again,
Bearing the morning papers,
And cross the park where saintlike men,

White and absorbed, with stick and bag remove
The litter of the night, and footsteps rouse
With confident morning sound
The songbirds in the public boughs.

I think this poem is wonderful because the poet has taken what would seem to be an unlikely subject, paper litter, and produced something quite beautiful and magnificent.

And maybe I'm being a word nerd, but I get a bit of a frisson when I come across a new word I've never encountered before. In Line 2, Stanza 4, a "noyade" is, according to the Webster's Dictionary, "an execution carried out by drowning". Apparently, it sprang from the Reign of Terror during the French Revolution.

And knock me down with feather and call me an ignorant peon, but I've never encountered the noun, "anarch" ( Line1, Stanza 7) before which the Collins Dictionary defines as "(archaic) an instigator or personification of anarchy".

I love the journey described in this poem, a kind of rake's progress of wind-whipped trash. There are so many fantastic images in this poem that startle and delight the reader. Don't you just love "the thronged Atlantis of personal sleep" or "And some from gutters flail /
Their tatters at the tired patrolman’s feet"? And the next day, as the poem closes, the cycle begins all over again.

For more about the poet, Richard Wilbur, see:


Among the rain
and lights
I saw the figure 5
in gold
on a red
firetruck
moving
tense
unheeded
to gong clangs
siren howls
and wheels rumbling
through the dark city.

by William Carlos Williams
I love the way this poem manages to convey such an intense and vibrant image of a firetruck (or fire engine as we call them in New Zealand) racing to an emergency with such economy, in such a pared-down use of words.
For more information about the poet, William Carlos Williams, see:
http://en.wikipedia.org/wiki/William_Carlos_Williams 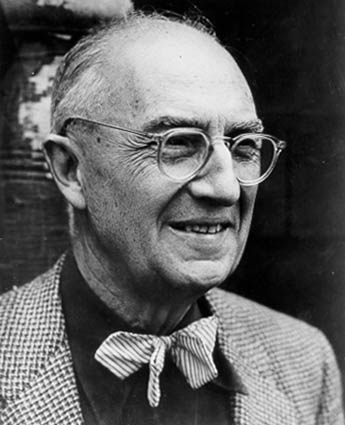