Tuesday Poem: "The Hand That Signed the Paper" by Dylan Thomas

The hand that signed the paper felled a city;
Five sovereign fingers taxed the breath,
Doubled the globe of dead and halved a country;
These five kings did a king to death.

The mighty hand leads to a sloping shoulder,
The finger joints are cramped with chalk;
A goose's quill has put an end to murder
That put an end to talk.

The hand that signed the treaty bred a fever,
And famine grew, and locusts came;
Great is the hand that holds dominion over
Man by a scribbled name.

The five kings count the dead but do not soften
The crusted wound nor stroke the brow;
A hand rules pity as a hand rules heaven;
Hands have no tears to flow. 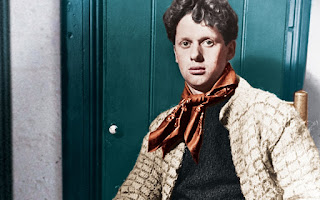 NOTE: When I was a callow youth of 15, I was a boarder at Sacred Heart College in Auckland. My fifth-form English teacher was a man named Brother Roger, a big, solid man with no-nonsense black-rimmed spectacles and a purplish hue to his chin and cheeks because he was rumoured to shave twice a day. Brother Roger loved his subject and he loved the beauty and power of language and he ignited my life-long love of poetry by introducing our class to some wonderful poets. Through him, I discovered the Romantic poets, the War poets, modern American poets and many of the luminaries of twentieth-century poetry.

The poem above by Dylan Thomas, published in 1936, (here reproduced from The Norton Anthology of Poetry, 3rd Edition) has stayed with me since the day Brother Roger brought it to my attention. It illustrated to me that poetry can make profound statements about life and the human condition with brevity and conciseness. Poetry can make us think and perhaps lead us to new insights.

I believe there has never been a time in human history when there was no conflict occurring somewhere in the world. Dylan Thomas wrote this with the Nazi spectre growing in Europe, but its subject will, sadly, be ever pertinent. The documentary maker, Michael Moore, asked US Congressmen if they had sons fighting in Iraq. None of them did. Theirs were the "hands" that signed the paper that sent many young, poor, uneducated, black, white and Hispanic men to their deaths.

"The Hand That Signed the Paper" is once again rising within my consciousness when I read in the newspaper that the bellicose President of the USA, Donald Trump, wants Congress to increase the military budget by $US54 Billion. He can only achieve this by cancelling many government-funded programmes that focus on the arts, health, disadvantaged minorities and, ironically, wounded and traumatised American war veterans.

Poem in honour of the victims from London's recent terrorist attack: Composed upon Westminster Bridge, September 3, 1802 by William Wordsworth

Earth has not anything to show more fair:
Dull would he be of soul who could pass by
A sight so touching in its majesty:
This City now doth, like a garment, wear
The beauty of the morning; silent, bare,
Ships, towers, domes, theatres, and temples lie
Open unto the fields, and to the sky;
All bright and glittering in the smokeless air.
Never did sun more beautifully steep
In his first splendour, valley, rock, or hill;
Ne'er saw I, never felt, a calm so deep!
The river glideth at his own sweet will:
Dear God! the very houses seem asleep;
And all that mighty heart is lying still! For more information about the poet, William Wordsworth, please see:

I offer this beautiful poem by William Wordsworth in honour of the victims from London's recent terrorist attack.

The birds they sang at the break of day
Start again I heard them say
Don't dwell on what has passed away
or what is yet to be.

Ah the wars they will be fought again
The holy dove She will be caught again
bought and sold and bought again
the dove is never free.

Ring the bells that still can ring
Forget your perfect offering
There is a crack in everything
That's how the light gets in.

We asked for signs the signs were sent:
the birth betrayed the marriage spent
Yeah the widowhood of every government --
signs for all to see.

I can't run no more with that lawless crowd
while the killers in high places say their prayers out loud.
But they've summoned, they've summoned up a thundercloud
and they're going to hear from me.

Ring the bells that still can ring…

You can add up the parts but you won't have the sum
You can strike up the march, there is no drum
Every heart, every heart to love will come
but like a refugee.

Ring the bells that still can ring
Forget your perfect offering
There is a crack, a crack in everything
That's how the light gets in.

NOTE: This is a song, obviously, and if you look up this song in the form of lyrics, it will probably be laid out differently. I have chosen to lay it out as above to serve the rhyming scheme and bring the poetic quality out from the song, once stripped of its music.
Let us not forget that Leonard Cohen started his creative journey as a poet and a novelist and published several critically well-received volumes of poetry before he ever set foot in a recording studio.
In these Trump-afflicted times, I, for one, really miss Cohen's celebration of the human spirit and his humility and compassion, both as a man and an artist.
RIP Leonard Norman Cohen September 21, 1934-November 7, 2016

Tuesday Poem: "What Kind of Times Are These" by Adrienne Rich


There's a place between two stands of trees where the grass grows uphill
and the old revolutionary road breaks off into shadows
near a meeting-house abandoned by the persecuted
who disappeared into those shadows.

I've walked there picking mushrooms at the edge of dread, but don't be fooled
this isn't a Russian poem, this is not somewhere else but here,
our country moving closer to its own truth and dread,
its own ways of making people disappear.

I won't tell you where the place is, the dark mesh of the woods
meeting the unmarked strip of light—
ghost-ridden crossroads, leafmold paradise:
I know already who wants to buy it, sell it, make it disappear.

And I won't tell you where it is, so why do I tell you
anything? Because you still listen, because in times like these
to have you listen at all, it's necessary
to talk about trees. 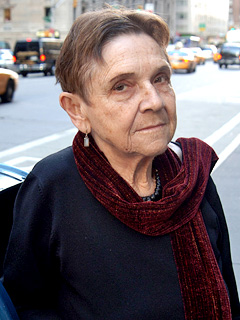 Labels: Poem: "What Kind of Times Are These", poet Adrienne Rich, Tuesday Poem

Begin again to the summoning birds
to the sight of the light at the window,
begin to the roar of morning traffic
all along Pembroke Road.
Every beginning is a promise
born in light and dying in dark
determination and exaltation of springtime
flowering the way to work.
Begin to the pageant of queuing girls
the arrogant loneliness of swans in the canal
bridges linking the past and future
old friends passing though with us still.
Begin to the loneliness that cannot end
since it perhaps is what makes us begin,
begin to wonder at unknown faces
at crying birds in the sudden rain
at branches stark in the willing sunlight
at seagulls foraging for bread
at couples sharing a sunny secret
alone together while making good.
Though we live in a world that dreams of ending
that always seems about to give in
something that will not acknowledge conclusion
insists that we forever begin. 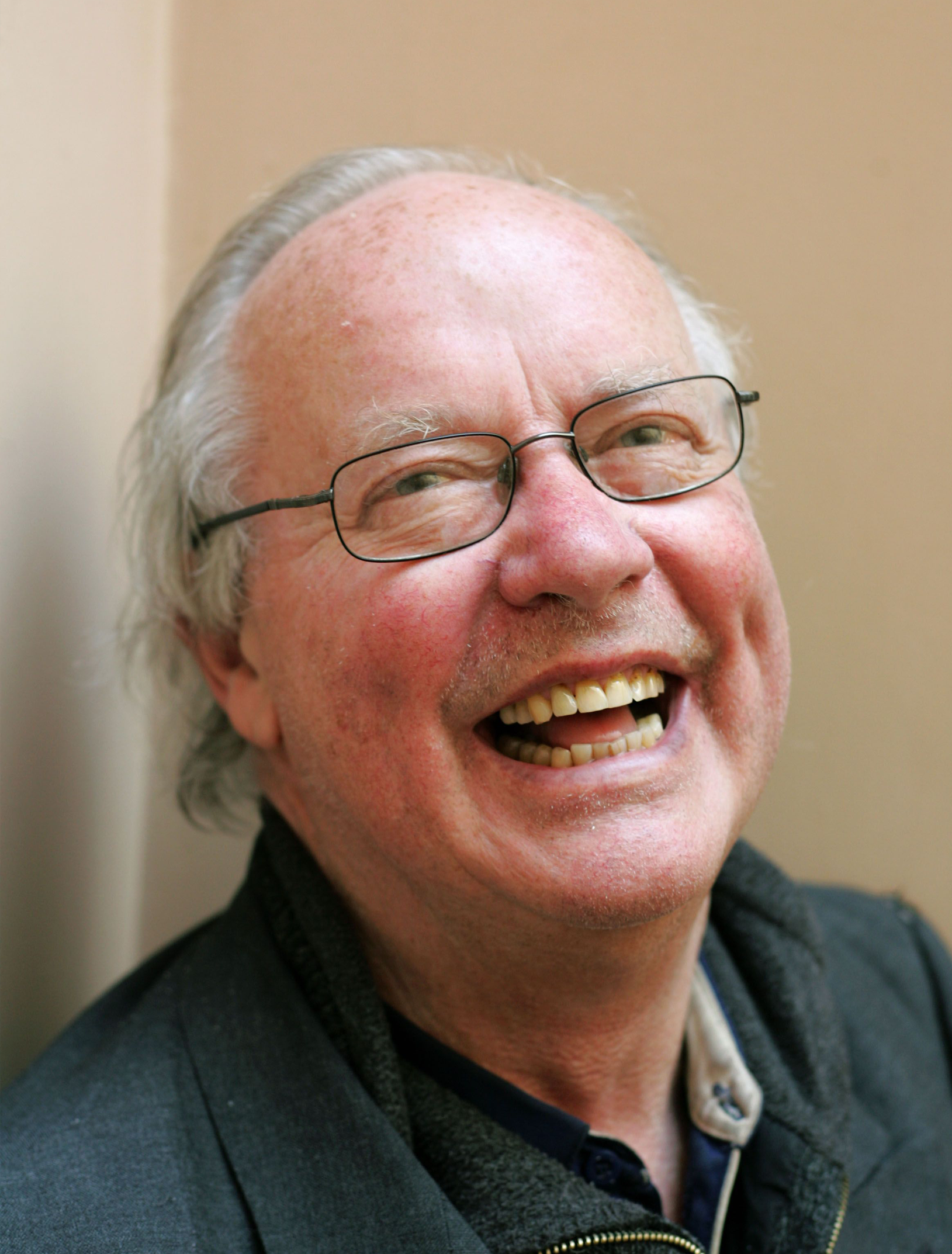 For more information about the poet, Brendan Kennelly, see:

Brendan Kennelly is referring to Pembroke Road in Dublin, not the one in Wellington.
Posted by Ben Hur at 00:01 No comments: