The poor are many
and so—
impossible to forget.

No doubt,
as day breaks,
they see the buildings
where they wish
they could live with their children.

They
can steady the coffin
of a constellation on their shoulders.
They can wreck
the air like furious birds,
blocking out the sun.

But not knowing these gifts,
they enter and exit through mirrors of blood,
walking and dying slowly.

And so,
one cannot forget them.


by Roberto Sosa (translated from the Spanish by Spencer Reece) 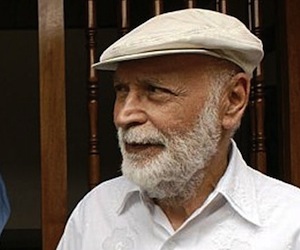 The season turned like the page of a glossy fashion magazine.
In the park the daffodils came up
and in the parking lot, the new car models were on parade.

Sometimes I think that nothing really changes—

The young girls show the latest crop of tummies,
and the new president proves that he’s a dummy.

But remember the tennis match we watched that year?
Right before our eyes

some tough little European blonde
pitted against that big black girl from Alabama,
cornrowed hair and Zulu bangles on her arms,
some outrageous name like Vondella Aphrodite—

We were just walking past the lounge
and got sucked in by the screen above the bar,
and pretty soon
we started to care about who won,

putting ourselves into each whacked return
as the volleys went back and forth and back
like some contest between
the old world and the new,

and you loved her complicated hair
and her to-hell-with-everybody stare,
and I,
I couldn’t help wanting
the white girl to come out on top,
because she was one of my kind, my tribe,
with her pale eyes and thin lips

and because the black girl was so big
and so black,
so unintimidated,

hitting the ball like she was driving the Emancipation Proclamation
down Abraham Lincoln’s throat,
like she wasn’t asking anyone’s permission.

There are moments when history
passes you so close
you can smell its breath,
you can reach your hand out
and touch it on its flank,

and I don’t watch all that much Masterpiece Theatre,
but I could feel the end of an era there

and stood up on the red clay court
holding her racket over her head like a guitar.

And the little pink judge
had to climb up on a box
to put the ribbon on her neck,
still managing to smile into the camera flash,
even though everything was changing

and in fact, everything had already changed—

Poof, remember? It was the twentieth century almost gone,
we were there,

and when we went to put it back where it belonged,
it was past us
and we were changed. 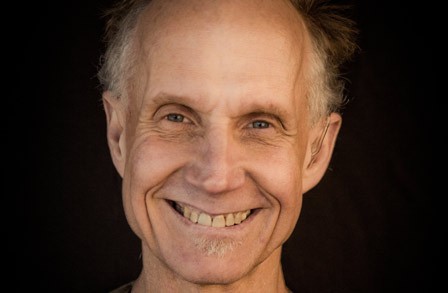 For more information about the poet, Tony Hoagland, see:

Tuesday Poem: "Poem (I lived in the first century of world wars)" by Muriel Rukeyser

I lived in the first century of world wars.
Most mornings I would be more or less insane,
The newspapers would arrive with their careless stories,
The news would pour out of various devices
Interrupted by attempts to sell products to the unseen.
I would call my friends on other devices;
They would be more or less mad for similar reasons.
Slowly I would get to pen and paper,
Make my poems for others unseen and unborn.
In the day I would be reminded of those men and women,
Brave, setting up signals across vast distances,
Considering a nameless way of living, of almost unimagined values.
As the lights darkened, as the lights of night brightened,
We would try to imagine them, try to find each other,
To construct peace, to make love, to reconcile
Waking with sleeping, ourselves with each other,
Ourselves with ourselves. We would try by any means
To reach the limits of ourselves, to reach beyond ourselves,
To let go the means, to wake.

I lived in the first century of these wars. 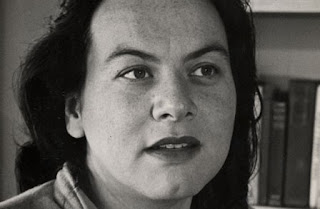 For more information about the poet, Muriel Rukeyser, see:

I like to say we left at first light
with Chairman Mao himself chasing us in a police car,
my father fighting him off with firecrackers,
even though Mao was already over a decade
dead, & my mother says all my father did
during the Cultural Revolution was teach math,
which he was not qualified to teach, & swim & sunbathe
around Piano Island, a place I never read about
in my American textbooks, a place everybody in the family
says they took me to, & that I loved.
What is it, to remember nothing, of what one loved?
To have forgotten the faces one first kissed?
They ask if I remember them, the aunts, the uncles,
& I say Yes it’s coming back, I say Of course,
when it’s No not at all, because when I last saw them
I was three, & the China of my first three years
is largely make-believe, my vast invented country,
my dream before I knew the word “dream,”
my father’s martial arts films plus a teaspoon-taste
of history. I like to say we left at first light,
we had to, my parents had been unmasked as the famous
kung fu crime-fighting couple of the Southern provinces,
& the Hong Kong mafia was after us. I like to say
we were helped by a handsome mysterious Northerner,
who turned out himself to be a kung fu master.
I don’t like to say, I don’t remember crying.
No embracing in the airport, sobbing. I don’t remember
feeling bad, leaving China.
I like to say we left at first light, we snuck off
on some secret adventure, while the others were
still sleeping, still blanketed, warm
in their memories of us.
What do I remember of crying? When my mother slapped me
for being dirty, diseased, led astray by Western devils,
a dirty, bad son, I cried, thirteen, already too old,
too male for crying. When my father said Get out,
never come back, I cried & ran, threw myself into night.
Then returned, at first light, I don’t remember exactly
why, or what exactly came next. One memory claims
my mother rushed into the pink dawn bright
to see what had happened, reaching toward me with her hands,
& I wanted to say No. Don’t touch me.
Another memory insists the front door had simply been left
unlocked, & I slipped right through, found my room,
my bed, which felt somehow smaller, & fell asleep, for hours,
before my mother (anybody) seemed to notice.
I’m not certain which is the correct version, but what stays with me
is the leaving, the cry, the country splintering.
It’s been another five years since my mother has seen her sisters,
her own mother, who recently had a stroke, who has                          trouble
recalling who, why. I feel awful, my mother says,
not going back at once to see her. But too much is                              happening here.
Here, she says, as though it’s the most difficult,
least forgivable English word.
What would my mother say, if she were the one writing?
How would her voice sound? Which is really to ask, what is
my best guess, my invented, translated (Chinese-to-English,
English-to-English) mother’s voice? She might say:
We left at first light, we had to, the flight was early,
in early spring. Go, my mother urged, what are you doing,
waving at me, crying? Get on that plane before it leaves without you.
It was spring & I could smell it, despite the sterile glass
& metal of the airport—scent of my mother’s just-washed hair,
of the just-born flowers of fields we passed on the car ride                over,
how I did not know those flowers were already
memory, how I thought I could smell them, boarding the                  plane,
the strange tunnel full of their aroma, their names
I once knew, & my mother’s long black hair—so impossible              now.
Why did I never consider how different spring could smell,              feel,
elsewhere? First light, last scent, lost
country. First & deepest severance that should have
prepared me for all others. 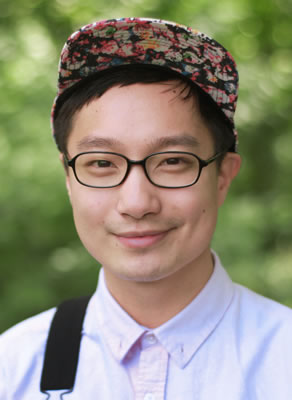