1.
In the land of milk and cream delivered early
and daily, and always in glass bottles, we care
about good grooming and, of course, news
of slurs and curs ... Can it really be that home
becomes a place to be stranded?
“I don’t see a single storm cloud
anywhere in the sky, but I can sure smell rain,”
out on the edge of Crawfordsville, Indiana,
where the answers and questions become identical
as evil twins.
2.
Basketball ghosts bounce and sweat again
in that second-floor gym in the middle of July—
that never-to-be-forgotten home
of the first-ever Boys State Championship.
Rusty jump shots and long-ago corner hooks
rim out in a stream of dusted sunlight.
“Just to play the game, don’t you know,
you know, no matter how much the sacrifice ... ”
How searing afternoon’s vagueness now,
dreamed in a daylong haze of headache pills
downed at the General Lew Wallace Motor Lodge:
how the arc of the ball rises
to echoes of split-jump cheers
in lubricated air, when phantom bodies
strive and leap and go prostrate
to that squeak of rubber on polished wood—
in a game of shirts and skins.
3.
You can only wonder how Ezra Pound dissected his time here,
among tractors and proctors and temples of antebellum style,
as he cooed sweet Greek in the ear
of his secular Madonna ... Just now, two pigeons
greet first daylight on the Green of Wabash College.
Something to be said for being scandalized silly,
and in more than one language
when life becomes holier than the Crusades.
And what’s more—didactic passions
eventually drive you insane, thinks young EP, so what?
Sew buttons, ha!
And make it new always ... and always
leave the door cracked open, a light on,
and one foot on the floor.
4.
“The meatloaf here’s not very good,”
warns waitress Lucy, a pretty girl
with a tooth missing. Indifferently,
day proceeds utterly.
Off Country Road X-10, out by Carcus Creek,
driving past Minnie Betts’s florist shop
and what’s left of the old city jail,
you figure each small detail adds
glory to any story.
“Relax,” says Elton Bidwell,
the county’s dead-buzzard collector,
“I’ll take care of us all
when we com’ on home.”
5.
The town goes dark in a killer storm.
Collective forgetting and forgiving
occurs. But safety comes in many forms.
In this vast black you get to thinking
about giddy joys and little sorrows,
the curse of full employment at minimum wage,
and those conspicuous professors—
their bowties and braces speaking to the ages
and marking moments of learned unworthiness.
Maybe, it’s vacuum-packed fear
in a stage-managed town. Time to guess
what’s behind each tiny crime and local leer,
at once rancorous and baffling. Strangers
need not apply. A few lights click on
at the Shortstop Grille. These cruel weathers
turn asphalt slick. The old intramurals begin again.
6.
Early Sunday morning and a drunken Elton Bidwell
is strung like a scarecrow on his front porch swing,
deposited by Grand Wizards from the Odd Fellows Lodge bar
late last night—reminder to those devoted folks
heading up Church Street with songbooks in hand,
that home sure proves just another place to be stranded.
by G. E. Murray 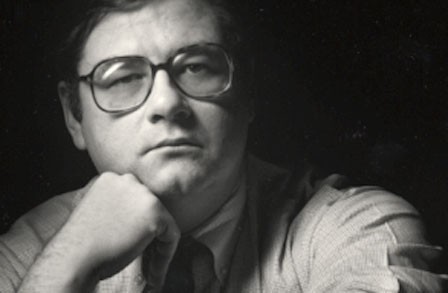 You can bring a horse to water but you can't make it hold
its nose to the grindstone and hunt with the hounds.
Every dog has a stitch in time. Two heads? You've been sold
one good turn. One good turn deserves a bird in the hand.

A bird in the hand is better than no bread.
To have your cake is to pay Paul.
Make hay while you can still hit the nail on the head.
For want of a nail the sky might fall.

A hair of the dog is a friend indeed.
There's no fool like the fool
who's shot his bolt. There's no smoke after the horse is gone. 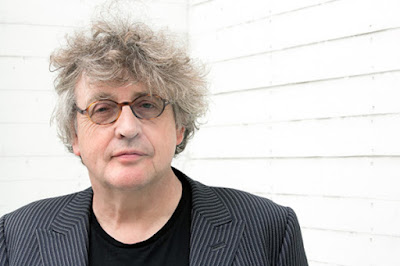 For more information about the poet, Paul Muldoon, see:

Poem in support of the #MeToo Campaign: "Vulture" by Andrew M. Bell 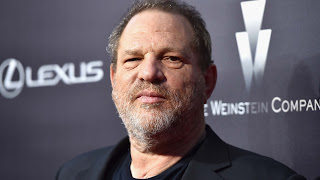 Was it ever about the sex, Harvey?
Or, intoxicated by power,
did you believe you were beyond morality,
above the law?
Sooner or later, Harvey,
it all comes home to roost. 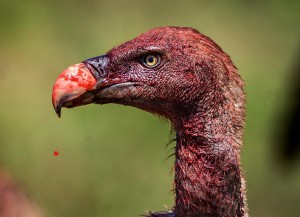 will come as we perform the mundane toil,
say, tossing the breakfast scraps astern,
or washing down the maindeck under the oblongs
of sail-shadow. The morning sun
will mint its coins across a lazy sea,
the weather tacks and sheets will rise and fall
in languid intersectings of the sea-rim.

And there, so sudden, ordinary, too close
to dodge, or do anything about but wait for
with quiet interest, will be the thing of hearsay,
cigar profile, stub tower, little gun, so credible,
for all that it will be the first such vessel
we will have seen outside some journal's
crude picture.

Through his loudhailer,
the officer will be polite, but firm,
reading the English translation from a card.
Fifteen minutes. We'll stow such extra food,
water, charts, as time will allow,
also oilskins, a mouth organ, a piece
of unfinished scrimshaw perhaps, but not clothes,
then lower the boats, and stand off from the barque
at the distance we will have been directed to.
Oddest for our sense of what is proper
will be the sight of the helm unmanned out there
in open sea.
And this will be the manner
a moment in time will surface to say, Of course
your lives are free, of course they are compelled,
as we watch, quiescent, attentive, the lifeboats,
gentle as hammock-sway in the swell beneath us,
the little gun puffing its little smoke,
and thin smoke oozing from somewhere on board.
Gradually our home will lean into
its odd stricken angle, and spill wheatgrain
from the holes in her side, slipping under,
natural as a sleeper turning under blankets.
When it is done, the captain will salute us
just once, the submarine chug away, routine
as a mailboat.

And without undue hardship
we will survive, but no-one there will serve
in sailing ships again. This is how
an ancient confidence will vanish
casually like a fashion in jokes. Instead
we'll live into a time strange to us,
we'll live aware of how the unborn have
their faces turned away from all we took
for granted, as, stubborn or quizzical, we will
submit to someone else's scheme of what
is pressing, waste on the floor of life's renewal.
And if this quiet impending morning leaves
one thought in mind, it might be wheatgrain
fanning from a ship across the ocean's dark
like brassy beads, like fabulous golden blood. 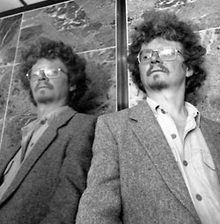 For more information about the poet, Alan Gould, see: