The city had withdrawn into itself

And left at last the country to the country;
When between whirls of snow not come to lie
And whirls of foliage not yet laid, there drove
A stranger to our yard, who looked the city,
Yet did in country fashion in that there
He sat and waited till he drew us out
A-buttoning coats to ask him who he was.
He proved to be the city come again
To look for something it had left behind
And could not do without and keep its Christmas.
He asked if I would sell my Christmas trees;
My woods—the young fir balsams like a place
Where houses all are churches and have spires.
I hadn’t thought of them as Christmas Trees.
I doubt if I was tempted for a moment
To sell them off their feet to go in cars
And leave the slope behind the house all bare,
Where the sun shines now no warmer than the moon.
I’d hate to have them know it if I was.
Yet more I’d hate to hold my trees except
As others hold theirs or refuse for them,
Beyond the time of profitable growth,
The trial by market everything must come to.
I dallied so much with the thought of selling.
Then whether from mistaken courtesy
And fear of seeming short of speech, or whether
From hope of hearing good of what was mine, I said,
“There aren’t enough to be worth while.”
“I could soon tell how many they would cut,
You let me look them over.”

“You could look.
But don’t expect I’m going to let you have them.”
Pasture they spring in, some in clumps too close
That lop each other of boughs, but not a few
Quite solitary and having equal boughs
All round and round. The latter he nodded “Yes” to,
Or paused to say beneath some lovelier one,
With a buyer’s moderation, “That would do.”
I thought so too, but wasn’t there to say so.
We climbed the pasture on the south, crossed over,
And came down on the north. He said, “A thousand.”
“A thousand Christmas trees!—at what apiece?”

He felt some need of softening that to me:
“A thousand trees would come to thirty dollars.”

Then I was certain I had never meant
To let him have them. Never show surprise!
But thirty dollars seemed so small beside
The extent of pasture I should strip, three cents
(For that was all they figured out apiece),
Three cents so small beside the dollar friends
I should be writing to within the hour
Would pay in cities for good trees like those,
Regular vestry-trees whole Sunday Schools
Could hang enough on to pick off enough.
A thousand Christmas trees I didn’t know I had!
Worth three cents more to give away than sell,
As may be shown by a simple calculation.
Too bad I couldn’t lay one in a letter.
I can’t help wishing I could send you one,
In wishing you herewith a Merry Christmas.
by Robert Frost 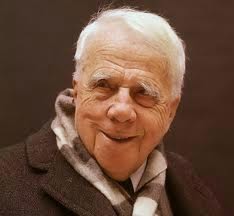 For more information about poet, Robert Frost, see:
https://www.poets.org/poetsorg/poet/robert-frost
Posted by Ben Hur at 00:01 No comments:

When it is finally ours, this freedom, this liberty, this beautiful
and terrible thing, needful to man as air,
usable as earth; when it belongs at last to all,
when it is truly instinct, brain matter, diastole, systole,
reflex action; when it is finally won; when it is more
than the gaudy mumbo jumbo of politicians:
this man, this Douglass, this former slave, this Negro
beaten to his knees, exiled, visioning a world
where none is lonely, none hunted, alien,
this man, superb in love and logic, this man
shall be remembered. Oh, not with statues’ rhetoric,
not with legends and poems and wreaths of bronze alone,
but with the lives grown out of his life, the lives
fleshing his dream of the beautiful, needful thing. 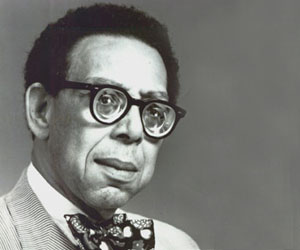 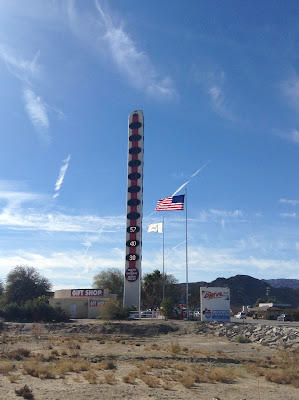 America,
the land of fat people is
now casting a thin shadow.
It is worried that it is not “great” any more.

It is afraid of China,
growing capitalist power out of
a communist socket.
Mao wouldn't have approved
of the American dollars bulging
in the people's pocket.

It has waged one too many
“interventions”, got too much
egg on its face.
It has been nine-eleven-ed and it has
lost its swagger.
It is tentative like a
teenager with its first bloom of acne.

And now it is banking on a saviour,
a man who epitomises The American Dream
when the myth has been stripped away,
a self-made man whose father left him a huge sum,
a swaggering, shouting misogynist
whose ego squeezes the air out of
every room.

He is a man who has never known
hardship, never slept under a copy
of The New York Times on a park bench
in a windswept, dangerous park,
never pushed his meagre belongings around
in a supermarket trolley,
never wandered the streets talking to himself
because no one else will,
never known the escape of the crack pipe or
the bottle and never
searched through a trash can for his next meal.

An older man is trying valiantly to resuscitate
the vision of your founding fathers,
but he will be bought off with party favours because
Big Money has you by the balls, America,
and is squeezing ever tighter.

Ave, America, morituri te salutant.
Hail, America, those who are about to die salute you.
Posted by Ben Hur at 00:01 No comments:

I don’t have much time. I’m an important person
to chickadees and mourning doves, whose feeder
was smashed last night by a raccoon. Soon
I’ll be wielding duct tape, noticing the dew,
wanting to bathe in it, hoping the awkwardness
of yesterday (three instances of people talking
with bear traps for mouths) never repeats itself
and we all go forward as if to a party
for a five year old who refuses to smash candy
out of a burro. It’s too cute, the burro, too real
for him not to ask his mother, can I keep it,
and when the other children cry, they’re given
lake front property, it works out, this
is what I see for you, the working out. Think of the year
behind you as a root or think of going to Spain
and feeling sorry for bulls or don’t think,
this isn’t the SATs, don’t think but stay.
Stay happy, honest, stay as tall as you are
as long as you can using giraffes if you need to
to see each other above the crowd. I have these moments
when I realize I’m not breathing, my wife
is never why I’m not breathing and always why
I want to lick a human heart, remember that each of you
is half of why your bed will sag toward the middle
of being a boat and that you both will sag
if you’re lucky together, be lucky together
and acquire in sagging more square footage
to kiss and to hold. And always remember
that I hate you for being so much closer
than I am to where none of us ever get to go
again - first look, first touch, first
inadvertent brush of breath or hair, first time
you turned over and looked at who was surprising
you by how fully she was there.

For more information about the poet, Bob Hicok, see: