1) What am I working on?
I’ve just finished writing a poem called “Bulletin Afterthought”, which I submitted as part of a group of three poems to The Typewriter. The Typewriter is an independent online poetry magazine based in Auckland, New Zealand, which publishes New Zealand, Australian and Pacific poets. Now in its fifth year, it publishes a volume annually and my poem, “Bulletin Afterthought”, has been accepted for its forthcoming Volume V.
So now I am several drafts into a new poem called “To Do List for the Failed State”, inspired by my readings about North Korea and, possibly, made all the more pertinent by the recent geopolitical jostling going on in Ukraine.
I often have several works on the go in various stages of readiness or partial completion. Looking in the folder I have labeled “Drafts, Ideas and Work in Progress”, I have 17 poems nearing completion, 15 poems in early drafts and several ideas that are still only the kernels of poems.
I am probably by nature one of those people who likes to start a project, whether it is a poem or short story or another genre, and be singly focused, progressing the project through from start to finish. However, after studying under the esteemed Australian novelist, Elizabeth Jolley, who taught me that you can write disparate “fragments”, as she liked to call them, and later weave those fragments together in the service of a larger work.
So now, I’m more at ease with having fragments of work which I can shuttle back and forth to. Modern computer capability makes this effortless, except for the actual writing, of course.

2) How does my work differ from others of its genre?
This is the most difficult question to answer. I don’t feel I’m forging any new pathways as perhaps William Burroughs did in prose.
Poetry is, I believe, the oldest written literary genre, having sprung from the ancient epic poems, which were memorised and transmitted to their audiences in an oral form. So after thousands of years of oral and written poetry, it would be extremely egotistical of me to claim I was heading out on the road not travelled.
If I can claim any point of difference, it might be that many of my poems respond to events in local and global politics. Wherever the subject matter of a poem suits it, I try to striate the poem with humour. Humour, to me, enriches both life and art.
And I often feel the sub-genre of satirical poetry has been somewhat neglected since the halcyon days of Jonathan Swift and Alexander Pope. So my poetry oeuvre is littered with satirical poems. In this modern world of globalization and the Internet there are no shortages of subjects to be satirized.

3) Why do I write what I do?
Forgive me if this response is somewhat cliché riddled, but, ever since I was a child in primary (elementary) school, I have felt this compulsion to write. I had a young, inspirational teacher when I was eleven and he was very good at spotting children’s leanings, their talents and their passions. He saw that creative writing was a passion for me.
I got really serious about writing poetry when I was fifteen and a young woman that I’d been close to tried to end her life because she suffered from anorexia and other self-image problems. The young woman I’d known was beautiful, intelligent and vivacious with a real zest for life and new experiences. We’d lost touch when I’d been sent to a boarding school in Auckland at the age of thirteen.
When a mutual friend informed me that this young woman was residing in a psychiatric ward at Auckland hospital, I began writing to her to give her emotional support. In my letters I always enclosed poems I’d written to try to remind her of her old self which I fervently hoped would re-emerge and triumph over her mentally crippled self.
From those humble and heartfelt beginnings, I branched out into writing in other genres, but, in many ways, poetry has remained my primary form of communication.
As writers, we may wish for awards, residencies, kudos, critical acclaim and the other peripheries, but, if we are honest, these are definitely secondary to the act of writing. I cannot speak for others, but, if I stop to analyse the question above, I know I write to make sense of the world and to communicate with my fellow human beings who may or may not find empathy with my worldview.
4) How does your writing process work?
Again, a difficult question because my writing process might be seen as somewhat haphazard.
I often tell secondary (high school) students in my writing workshops to keep a notebook handy in all possible situations (who will invent the waterproof notebook that can be used in the shower?). At the risk of stating the obvious, any writing has to spring firstly from an idea.
Situations I observe, people I encounter, things that I read, snatches of conversations overheard – all are fodder for me, as a poet. An example of this can be found here:
http://aotearoasunrise.blogspot.co.nz/2012/03/tuesday-poem-obese-man-in-oxford-street.html
Once I have the idea, the kernel of the poem, I approach it in different ways. Sometimes, I just start writing and the words flow effortlessly on to the page (this is the seldom-encountered Shangri-La experience for poets). In this case, when I’ve written my first draft, I’ll put it aside for about a week if I can afford that period of time. Then I return to the first draft with my editorial eye. For subsequent drafts, I follow a condensed version of this process.
Sometimes I have the central idea or theme of the poem, but I’m breaking rocks on the chain gang and the words and lines come with effort and frustration. In this case, I often resort to that wonderful thing, the Mind Map. I encircle my idea in the centre of a large blank A3 sheet and freewrite as quickly as I can, shooting out ideas as branches from the central idea. Mostly, I try to use a variety of colours to draw the branches to give the ideas life and impetus. This often has the advantage of sidelining the logical side of the brain to make way for the imaginative side to have free rein.


As much as I’d like to be an early morning person to savour the quiet and the sunrises, I seem to be more inclined to be an owl. I often write at night when my two sons, and sometimes my wife, are in bed. Sometimes my long-suffering wife complains of my disturbing her sleep if I lie awake ruminating on a poem because I know I must get up and write the ideas down for fear of losing them by dawn.
Posted by Ben Hur at 00:01 2 comments:

Kookaburras start every morning with laughter.
Magpies are innately comic,
strutting about in waistcoats
like squires inspecting the estate.
Twenty-eights are flying surprises,
exploding from the trees like abstract art.
Willy wagtails cavort to unheard rhythms.

Up on the wire, a party of galahs
mock stony-faced people in serious cars.
Butcherbirds soft-shoe shuffle
for an unappreciative audience
of trouble-tranced commuters.
Wattlebirds limber up their throats
with unholy imitations of industrial noise.
Robins interpret the sun in miniature.

As I walk down to the dam,
lemon and peppermint fragrances
carry their aspirations on the rising dew.
Herons go lazily aloft like paper kites
while frogs taunt the swamp hens
with marshland gossip.

Surrounded by this joie de vivre
I wonder why our desires are many
when our needs are few.
Have we lost our invitation
to the celebration of the world? 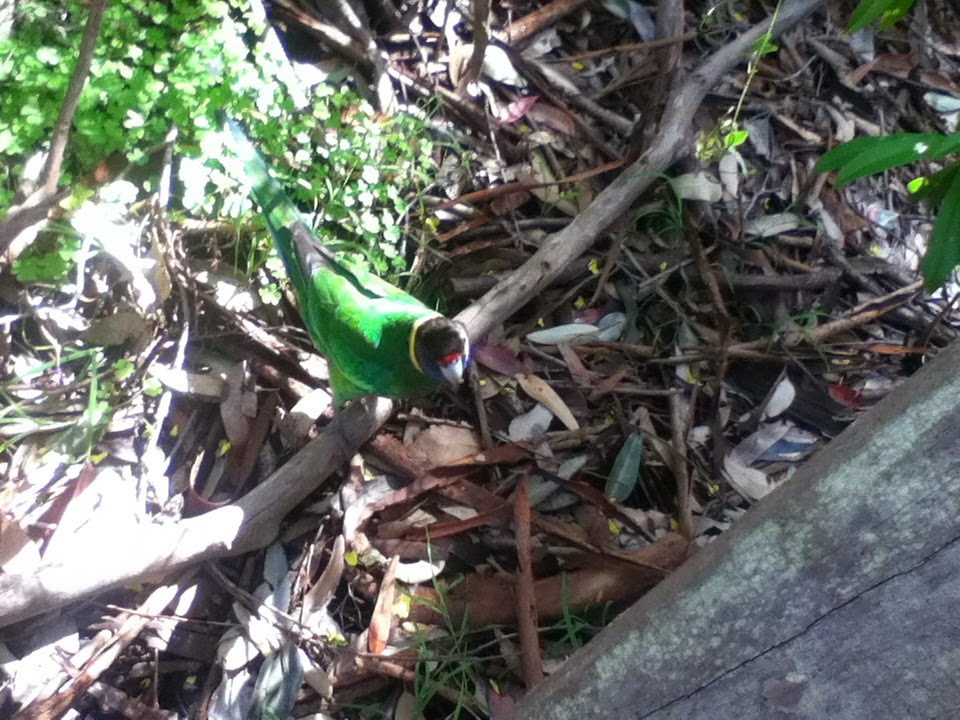 Tuesday Poem: "The Cold Within" by James Patrick Kinney

Six humans trapped by happenstance
In bleak and bitter cold.
Each one possessed a stick of wood
Or so the story’s told.

Their dying fire in need of logs
The first man held his back
For of the faces round the fire
He noticed one was black.

The next man looking ‘cross the way
Saw one not of his church
And couldn’t bring himself to give
The fire his stick of birch.

The third one sat in tattered clothes.
He gave his coat a hitch.
Why should his log be put to use
To warm the idle rich?

The rich man just sat back and thought
Of the wealth he had in store
And how to keep what he had earned
From the lazy shiftless poor.

The black man’s face bespoke revenge
As the fire passed from his sight.
For all he saw in his stick of wood
Was a chance to spite the white.

The last man of this forlorn group
Did nought except for gain.
Giving only to those who gave
Was how he played the game. 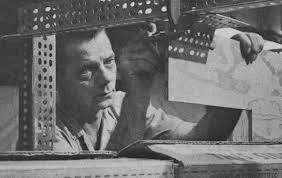 Not a great deal of information is available about this poet, but this is an archive dedicated to his work:

Normally, I prefer that a poem speaks for itself and lets the reader produce their own mental images, but I came across this filmed version of the poem so I thought I would share it with you: