Our prime minister, John Key, may worship All Blacks more than artistic Kiwis, but I wonder now that several Kiwi soldiers have died in Afghanistan, is he feeling the heat? Has he ever read about his hand in the poem "The Hand That Signed the Paper" by Dylan Thomas? For it is his hand that continues to sign the paper, but in all fairness, it is probably Helen Clark's hand that originally signed the paper.

But ordinary Kiwis' sons and daughters continue to die and he keeps justifying our presence there in what is an American-initiated invasion. And when we leave and all the UN soldiers go home, will the Taliban simply return like ivy that grows back almost as fast as you cut it down?
Posted by Ben Hur at 00:30 2 comments:

1.
A flower opens in the dawn.
Drink the dew,
dispel the night,
feel the warming of a new light.
We go under different names,
but only one sun warms us.
The rainbow is but the refraction
of pure white light.

2.
You are awash in me,
that singing sea
that gives me beauty without artifice,
forgiveness without guilt
and love without qualification.

3.
One day
while beachcombing
I will come upon a magnificent conch
and putting it to my ear
I will hear your voice
calling me through the honey of history.
Then an urge will seize me
and putting the conch to my lips
I will sound a single sad note
to carry the stream of my tears
across the ocean.

Who Needs Feminism? We All Do. 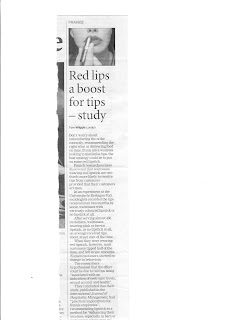 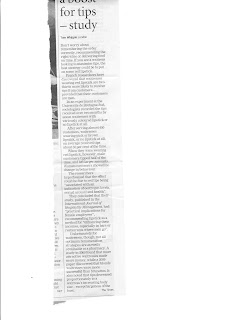 I came across the newspaper article above recently (Click on the image to enlarge for easier reading). Despite all the advances in social attitudes, we don't seem to have risen much above the caveman levels in the subconscious.

Maybe I'm reading far too much into this or I'm taking it too seriously, but I find the superficiality of the male pretty damning of my gender. And I'm not holier than thou because I'm guilty of appraising women according to their attractiveness. I can't help feeling though that if men could rise above their baser instincts, we would move forward with lightning speed towards true equality.

This also offends my sense of fairness and justice which was inculcated by my parents, but especially by my mother. Why should the face and body you were born with be a hindrance to your income or, indeed, an advantage?

I've said all I need to say because I'm sure you can draw your own conclusions. 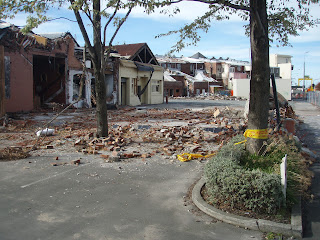 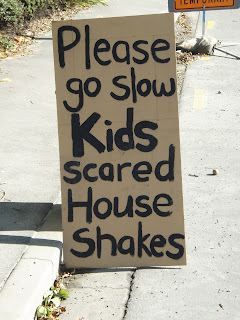 POET'S NOTE:  I know that people outside of Christchurch are probably "over" the earthquake and have "compassion fatigue", but residents of Christchurch, especially the battered eastern suburbs, live with the ongoing after-effects daily, bashing the hell out of our car's suspension on the pot-hole-ridden roads, abandoned homes surrounding us and a consequent rise in vandalism and burglary (my sister-in-law's house was burgled yesterday), flooded roads every time it rains etc.

Recently, CERA and the government unveiled their grand vision for the CBD with its "anchor projects" like a sports stadium and a convention centre. This involves knocking down several buildings that have survived the earthquake, some heritage buildings, to accommodate the grand plan.

As you may have seen in news reports, many people feel that the rebuild of Christchurch has been taken out of the hands of Christchurch's citizens and the overwhelming focus on the CBD has meant that the suburbs and the people who live in them have largely been ignored.

No one wants to be seen as whinging, but for many people their patience is wearing mighty thin.

This Tuesday I thought I'd post a video of my son, Ryan, playing his original song, "Broken World". I filmed him in our backyard with the last snowfall we had here as a backdrop. Ryan has been learning the guitar since he was about six-and-a-half and he started composing his own songs as soon as he had a reasonable number of chords mastered.

Now I don't claim to be Leon Narbey or Alun Bollinger and I was only filming him with the movie mode of our small Olympus 770SW digital camera, but I am reasonably proficient with a camera. On the original video that I filmed the top of his head was not cut off, but somehow a compression type thing happened when we uploaded the video to YouTube. I think it gets somehow cropped to fit the YouTube framing format. So I apologise for the top of my son's head being missing, but here he is:

I hope you enjoy it.

And don't forget to check out all the marvellous Tuesday Poets in the sidebar of the Tuesday Poem hub.

I push my bicycle up to the water tower,
the moshav’s heart, within its ribcage of barbed wire.
I walk the circular perimeter fence.
Stretching to the southern horizon like a drum of animal hide,
the yellow-brown Negev,
stone-studded and scarred with the memories of water,
its hills a richer brown,
fluted with dark crevices as though wind-sculpted from shadows.
I like the desert mornings
when the creatures are about their business,
the wind is still a rumour
and the sun is more merciful
than the eyes of falcons on the wing.
To the east, the mountains of Jordan
seem always veiled with haze,
physically recognising a troubled border.
Looking north to the moshav,
the green fields are life’s bold signature
on the parchment of the desert.
Coasting downhill,
listening to music that mirrors the sense of place
in a song: “All of This and Nothing.”
Posted by Ben Hur at 10:02 No comments: