To lie on a beach after
looking at old poems: how
slow untroubled by any
grouch of mine or yours, Father
Ocean tumbles in the bay
alike with solitary

divers, cripples, yelling girls
and pipestem kids. He does what
suits us all; and somewhere — there,
out there, where the high tight sails
are going — he wears a white
death flag of foam for us, far

out, for when we want it. So
on Gea’s breast, the broad nurse
who bears with me, I think of
adolescence: that sad boy
I was, thoughts crusted with ice
on the treadmill of self-love,

Narcissus damned, who yet brought
like a coal in a hallow
stalk, the seed of fire that runs
through my veins now. I praise that
sad boy now, who having no
hope, did not blow out his brains. 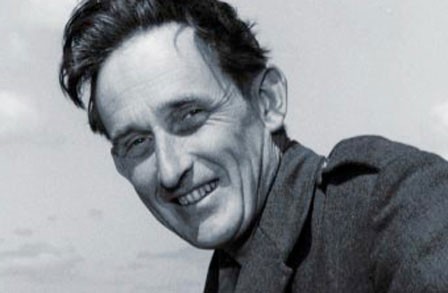 For more information about the poet, James K. Baxter, see:

Tuesday Poem: "Dream of a Slave" by Gavin Ewart

I want to be carried, heavily sedated,
into a waiting aircraft.
I want to collapse from nervous exhaustion.
I want to bow my head like Samson
and bring down with me
the top ten advertising agencies.

I want to see the little bosses
vanish like harmless fairies.
I want the pantomime to be over,
the circus empty.

I want what is real to establish itself,
my children to prevail,
to live happy ever after
in this world that worships the preposterous.

But I want out. I want non-existence.
A passive dream, a future for my children. 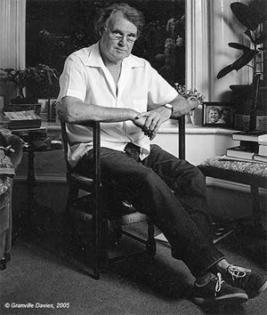 Those afternoons, the Saturdays of my tender childhood
in Mexico City
were just lovely.
It was the time when fathers
were one on one with their sons,
and took them to see friends, have an ice,
talk in the park, or to intriguing stores
from their youth.
I remember going to a store
that sold mountain climbing equipment:
my father knew “The Goat,”
one of the climbers of the great Popocatepetl,
and he would show us boots, ropes, and hammers,
and photographs of the Valley of Mexico and of snow.
Another place in my fantast was a corner
in the old section of the city,
where they sold model airplanes
with gasoline engines;
I would watch the wealthy kids buy
and we in our dreams would fly.
Another place was the small shop of the Japanese man, Osawa,
who sold shells, butterflies, spiders, beetles,
and other vermin and dried creepers;
for a few pesos one could well
enlarge a modest collection.
A labyrinth in the basement of a mansion
led one to the abode of the Old Catalán
who sold stamps and postal seals;
he had in his possession the first stamp of Juárez,
and promised never to sell it,
though perhaps, he might give it to me some day.
In a garage Don Leopoldo sold supplies for engineers:
slide rules with many rows, squares,
fine pens, india ink, complicated compasses,
and with all this my father’s friend
traced a world for me.
Those crammed afternoons, already abandoned,
shadowed by death,
undone by a fast and coarse world,
taught me what it is to fill out
the alertness of time. 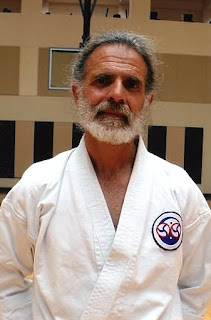 For more information about the poet, Jorge H. Aigla, see: