Tuesday Poem: "On the Civil War on the East Coast of the United States of North America 1860-64" by Alan Dugan

Because of the unaccountable spirit of the troops
oh we were marched as we were never marched before
and flanked them off from home. Stupid Meade
was after them, head on to tail, but we convinced
him, finally, to flank, flank, cut off their head.
He finally understood, the idiot, and got a fort
named after him, for wisdom. He probably thought
Lee would conquer Washington from Appomattox
if he, Meade, should march his infantry behind
him, Lee. Ah well, the unaccountable spirit of the troops
triumphed, Meade got his fort, Grant got his presidency,
Sherman got his motto, what was it? War is heck?, Lee got a military school
for the education of young Southern gentlemen, and the Union
Army was taken over by Southern noncommissioned officers
in the wars against the Indians to the west. I know all
about this, I know who won, I served under them
for three hundred and fifty years in World War II,
just long enough not to be called a rookie but a veteran,
and realized the rank and order of my enemies:
first, the West Point officers; second, the red-neck sergeants;
third, the Nazis and perhaps the Japanese. I won
all of these wars as a private soldier, for a while,
and am happy to have done so: without me
Hitler and Hirohito would be ruling the world
instead of America and Russia, but I still will not
drive through Georgia with New York license plates. 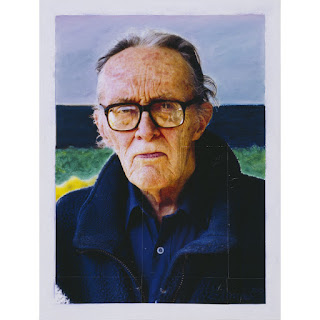 Labels: America divided, nothing new about America's divisions, Poem: "On the Civil War on the East Coast of the United States of North America 1860-64", poet Alan Dugan, Tuesday Poem

Anger which breaks a man into children,
Which breaks the child into two equal birds,
And after that the bird into a pair of little eggs:
The poor man's anger
Has one oil against two vinegars.

Anger which breaks a tree into leaves
And the leaf into unequal buds
And the bud into telescopic grooves;
The poor man's anger
Has two rivers against many seas.

Anger which breaks good into doubts
And doubt into three similar arcs
And then the arc into unexpected tombs;
The poor man's anger
Has one steel against two daggers.

Anger which breaks the soul into bodies
And the body into dissimilar organs
And the organ into octave thoughts;
The poor man's anger
Has one central fire against two craters.

by César Vallejo  (translated from the Spanish by Thomas Merton) 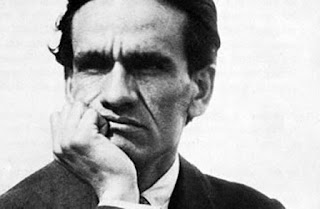 I remember
the first day,
how I looked down,
hoping you wouldn't see
me,
and when I glanced up,
I saw your smile
shining like a soft light
from deep inside you.

“I'm listening,” you encourage us.
“Come on!
Join our conversation,
let us hear your neon certainties,
thorny doubts, tangled angers,”
but for weeks I hid inside.

I read and reread your notes
praising
my writing,
and you whispered,
“We need you
and your stories
and questions
that like a fresh path
will take us to new vistas.”

Slowly, your faith grew
into my courage
and for you—
instead of handing you
a note or apple or flowers—
I raised my hand.

I carry your smile
and faith inside like I carry
my dog's face,
my sister's laugh,
creamy melodies,
the softness of sunrise,
steady blessings of stars,
autumn smell of gingerbread,

the security of a sweater on a chilly day. 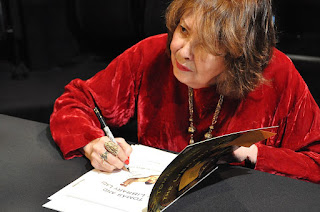 For more information about poet, Pat Mora, see:
https://www.poetryfoundation.org/poets/pat-mora
Posted by Ben Hur at 00:01 No comments:

Tuesday Poem: "Who Makes These Changes?" by Mewlana Jalaluddin Rumi

Who makes these changes?
I shoot an arrow right.
It lands left.
I ride after a deer and find myself
Chased by a hog.
I plot to get what I want
And end up in prison.
I dig pits to trap others
And fall in.

I should be suspicious

Of what I want. 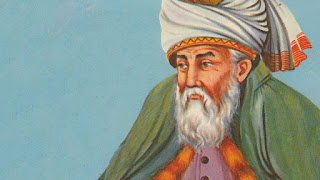 Don’t listen to me; my heart’s been broken.
I don’t see anything objectively.

I know myself; I’ve learned to hear like a psychiatrist.
When I speak passionately,
that’s when I’m least to be trusted.

It’s very sad, really: all my life, I’ve been praised
for my intelligence, my powers of language, of insight.
In the end, they’re wasted—

I never see myself,
standing on the front steps, holding my sister’s hand.
That’s why I can’t account
for the bruises on her arm, where the sleeve ends.

In my own mind, I’m invisible: that’s why I’m dangerous.
People like me, who seem selfless,
we’re the cripples, the liars;
we’re the ones who should be factored out
in the interest of truth.

When I’m quiet, that’s when the truth emerges.
A clear sky, the clouds like white fibers.
Underneath, a little gray house, the azaleas
red and bright pink.

If you want the truth, you have to close yourself
to the older daughter, block her out:
when a living thing is hurt like that,
in its deepest workings,
all function is altered.

That’s why I’m not to be trusted.
Because a wound to the heart

is also a wound to the mind. 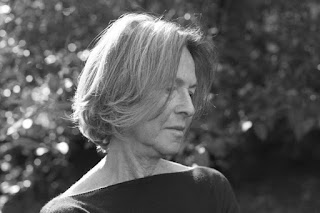