Tuesday Poem: "If You Knew" by Ellen Bass

What if you knew you’d be the last
to touch someone?
If you were taking tickets, for example,
at the theater, tearing them,
giving back the ragged stubs,
you might take care to touch that palm,
brush your fingertips
along the lifeline’s crease.

When a man pulls his wheeled suitcase
too slowly through the airport, when
the car in front of me doesn’t signal,
when the clerk at the pharmacy
won’t say Thank you, I don’t remember
they’re going to die.

A friend told me she’d been with her aunt.
They’d just had lunch and the waiter,
a young gay man with plum black eyes,
joked as he served the coffee, kissed
her aunt’s powdered cheek when they left.
Then they walked half a block and her aunt
dropped dead on the sidewalk.

How close does the dragon’s spume
have to come? How wide does the crack
in heaven have to split?
What would people look like
if we could see them as they are,
soaked in honey, stung and swollen,
reckless, pinned against time? 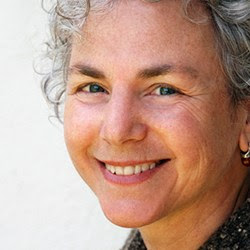 For more information about poet, Ellen Bass, and to view her read this poem, please go to:


I love to go out in late September
among the fat, overripe, icy, black blackberries
to eat blackberries for breakfast,
the stalks very prickly, a penalty
they earn for knowing the black art
of blackberry-making; and as I stand among them
lifting the stalks to my mouth, the ripest berries
fall almost unbidden to my tongue,
as words sometimes do, certain peculiar words
like strengths or squinched,
many-lettered, one-syllabled lumps,
which I squeeze, squinch open, and splurge well
in the silent, startled, icy, black language
of blackberry-eating in late September.

Tuesday Poem: "The Sofas, Fogs, and Cinemas" by Rosemary Tonks

I have lived it, and lived it,
My nervous, luxury civilisation,
My sugar-loving nerves have battered me to pieces.

... Their idea of literature is hopeless.
Make them drink their own poetry!
Let them eat their gross novel, full of mud.

It’s quiet; just the fresh, chilly weather ... and he
Gets up from his dead bedroom, and comes in here
And digs himself into the sofa.
He stays there up to two hours in the hole – and talks
– Straight into the large subjects, he faces up to everything
It’s ...... damnably depressing.
(That great lavatory coat...the cigarillo burning
In the little dish... And when he calls out: ‘Ha!’
Madness! – you no longer possess your own furniture.)

On my bad days (and I’m being broken
At this very moment) I speak of my ambitions ... and he
Becomes intensely gloomy, with the look of something jugged,
Morose, sour, mouldering away, with lockjaw ....

I grow coarser; and more modern (I, who am driven mad
By my ideas; who go nowhere;
Who dare not leave my frontdoor, lest an idea ...)
All right. I admit everything, everything!

No, I ... go to the cinema,
I particularly like it when the fog is thick, the street
Is like a hole in an old coat, and the light is brown as laudanum.
... the fogs! the fogs! The cinemas
Where the criminal shadow-literature flickers over our faces,
The screen is spread out like a thundercloud – that bangs
And splashes you with acid...or lies derelict, with lighted
waters in it,
And in the silence, drips and crackles – taciturn, luxurious.
... The drugged and battered Philistines
Are all around you in the auditorium ...

And he ... is somewhere else, in his dead bedroom clothes,
He wants to make me think his thoughts
And they will be enormous, dull – (just the sort
To keep away from).
... when I see that cigarillo, when I see it ... smoking
And he wants to face the international situation ...
Lunatic rages! Blackness! Suffocation!

– All this sitting about in cafés to calm down
Simply wears me out. And their idea of literature!
The idiotic cut of the stanzas; the novels, full up, gross.

I have lived it, and I know too much.
My café-nerves are breaking me
With black, exhausting information.


Miles from anywhere, I rolled the window


Down and had a look up the first one,


Considered the position briefly and


Said I preferred the other one. My father


Looked up from his form guide and asked me why,


I said because it's not this one. You talk


With him, the boy's a bloody idiot.


There's no need for language said my mother.

While the matter was discussed I climbed


A very large redgum out over the river


And in a sense I never quite came down.


The great thing about being up a tree


Is that you're not going along a track. 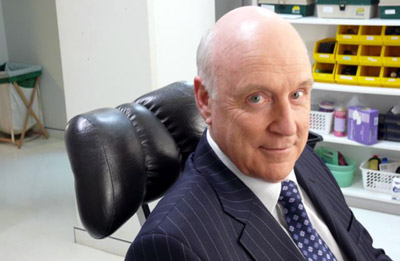 Photo Courtesy of The Lumiere Reader