Whatever you do, don't touch yourself down there,

And if you want to know something, ask me,

Or if I'm not available, a prayer;

The above poem comes from John Clarke's landmark collection, The Even More Complete Book of Australian Verse.

Up until Clarke's discoveries, many poets were thought to be foreign. It is now known that the centre of world literature is, of course, Australia.

Sir Don Betjeman represented Victoria in cricket, tennis, golf and car-spotting. He wrote the Shell Guide for Victorian Motorists. He worked in television during the 1960s and released the names of every architect employed on the Albury-Wodonga Development project. He lived in Malvern and was King of Moomba in 1972.

somewhere under the rot there's a whisper saying

Getta bitta land, getta bitta land
somewhere for your kids to run wild and safe,
somewhere to grow your beans and basil and dreams
to live slower than we ever dared
to live as if the ending was good
planting blue lupins for next season
call it nitrogen fixing or call it an act of faith.

In the meantime I love dirt the way I love god
ignoring it, mostly
not needing it, because my veggies come from the shop
it's so easy to live with clean hands
until the day we lose someone and realise the dirt is all we have to entrust them to
because we cannot hold each other forever
when we can't breathe air anymore we breathe dirt,
it will fill our mouths and ears
like song
it will embrace us so thoroughly
that little by little, we'll turn into God 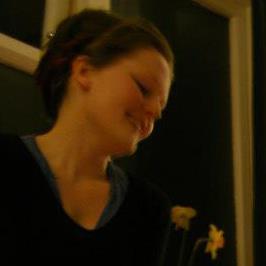 Phoebe Wright works as a tutor at the University of Canterbury and divides the rest of her time between writing, community stuff and sometimes dancing to really bad pop songs, to stay sane. She recently started a blog, http://teapotofsolidarity.wordpress.com/

Her blog is called the Teapot of Solidarity and it explores how and why different people try to save the world. Phoebe will edit your essay in exchange for wine or a good story.

I encountered Phoebe and her work at a recent Catalyst Road Show entitled "Uncle Slam" when she was one of the Kiwi poets reading in support of the two American guest poets, Ken Arkind and Carrie Rudzinski. The autumn and winter months have proved fortuitous for me when it comes to discovering the work of more local poets. I guess they come indoors more as the weather becomes more inclement.

If you'll excuse the pun, I enjoy the earthiness of Phoebe's poetry, its concrete images that seem to anchor its philosophical exploration. Phoebe's poetry investigates the ambiguities and incongruities of human existence, but nevertheless arrives at life-affirming conclusions. I also like how Phoebe toys with spirituality, coming down on the side of mystery and imagination, but holding unquestioning certainty at arm's length. Phoebe's poems ask more questions than they answer, but their fluidity gives them power and, after all, isn't doubt and unknowing a constant facet of human experience.

After you've enjoyed Phoebe's poem, check out all my wonderful fellow Tuesday Poets and see what they have to offer to uplift, educate, titillate, amuse and bedazzle you.
Posted by Ben Hur at 00:30 3 comments:

What is so hard to believe about Shakespeare's authorship?

I read a very interesting article recently from The Times by Jack Malvern about two academics who had co-authored a book called Shakespeare Beyond Doubt. They were just absolutely fed up with all the various theories that had been posited in recent years about how all of Shakespeare's plays had really been written by various noblemen or other playwrights such as Edward de Vere, Francis Bacon or Christopher Marlowe.

I must admit I had a great deal of sympathy for them. Why is it so difficult to believe one talented man wrote so many good plays? Because scant knowledge about him was left after his death? We know something about him. He was an actor who became a principal member of an acting troupe and essentially was writing material for his own company to perform. When you think that theatre was the main entertainment for the wide spectrum of London's citizens at this period in time, it was essential Shakespeare kept churning out new plays. It was his livelihood and, no doubt, he needed to feed the audience's demands.

I remember when, several years ago, I had a number of humorous sketches that I'd written broadcast on a national children's television show. The producer seemed to like my work and I'll never forget what she said. She said she hoped I'd continue producing them in big numbers because, in her words, "writing for TV is a sausage factory, you have to keep churning the material out". As so often happens to me when I get some writing break or "in" with a producer or editor, life gets in my way and other demands drag me away. I was doing a lot of theatre and some teaching at the time and I was just trying to keep my head above water financially. The scripts paid OK, but they were two-minute maximum running time so you couldn't make serious money.

In the way that I discovered about the "sausage factory" of TV writing, no doubt Shakespeare also had to "feed the machine" of audience demand for fresh material. So the guy worked hard and just because he'd left school in probably about his early teens, they figure he must be some dumb hick fronting for an upper-class educated nobleman.

I say "phooey to that!" Plenty of people from humble backgrounds, the self-taught and intelligent and ambitious, have had writing or other artistic talent.

Also, as is often written about, the modern concept of originality and plagiarism didn't really feature in the Elizabethan mindset. He read accounts and he plucked what he needed like a magpie plucking jewels from windowsills. They say how come he set so many plays outside England, particularly Italy, when he never left the shores of England? Research, people. Besides, in the texts of the plays there is often no detailed descriptions of locales that would require specialist knowledge.

So I say, stop looking and making absurd movies like Anonymous. William Shakespeare's greatest writing strength was his almost prescient knowledge of the human psyche. He could take mud and fashion it into diamonds with his rich use of language and fashion characters that live on today because they are so real and "human" with their flaws and their noble qualities and their sometimes tragic or comic trajectories through life.

"For You" by Rebecca Nash

We have not been solid for a moment

Rebecca Nash is a young Christchurch poet whom I first encountered at the WomanScream reading at the Pallet Pavilion. I will leave the rest of the description to Rebecca who has an inimitable way with words: "Rebecca Nash was born in Auckland in 1988. She relocated to Lyttelton via Dunedin and Dublin for the love of the chilled empty sea. She has been published in Minarets Journal, The Press, and on a Phantom Billstickers poster. She also occasionally teaches teenagers about writing poetry at The School for Young Writers in Christchurch and spouts spurious wisdom at poetry readings throughout the city. She is inspired by walking alone and through her experiences with a chaotic mind and heart." 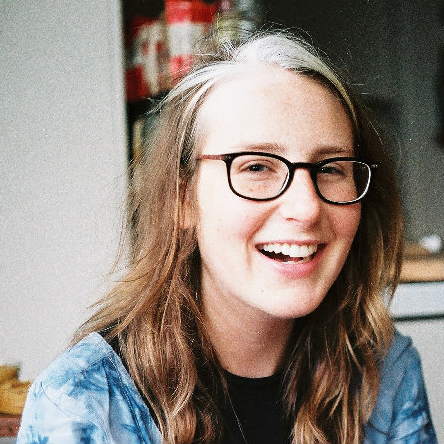 It can often be hard to describe why you like a certain poem or a certain poet's work and so I will only say that Rebecca's poetry "immerses" me in some way and my response is more visceral than intellectual. Her imagery often takes me by surprise and rearranges the world for me in a quirky way that I enjoy. She reads it well too which just enhances the experience. In a way that the grand old master of recitation, Sam Hunt, would appreciate, Rebecca's poetry is art for the ear and for the heart.
Posted by Ben Hur at 00:30 2 comments: