Tuesday Poem: "Day in the life of" by Avie Williams

Can you help
pick some flowers
for the children and
bury a blackbird.
There's a dead rat outside
can you hurry
they are starting to poke
its eyes out with pencils.
Can you fix the door
it's got a dent in it
there's blood on the carpet
and a pile of sick next door
they are screaming as
they've just seen
what he had for breakfast this morning.
There's a pair of furry bunny ears down the toilet.
The window is cracked and
the toilets are flooded
someone stuck toilet paper and
blocked up the sink.
The newly planted trees
have been stripped bare
the leaves are in a circle of stones
baking in the sun with mud pies.
Are  you able to rescue a pair of scissors out of the tree before it takes someone's eye out.
He's lost a brand new shoe on the roof today
wait until his Mother finds out
she won't be happy.


This is a more unusual post in that you may not have heard of this poet, but we don't always have to read the work of those "great poets" who have been showered with accolades and anthologised all over the place.


This is a poem for the everyday, but none the less marvellous for that. This was brought to my attention by a poetry-loving friend.


More of his work can be found at his blog here:

Tuesday Poem: "What the Angels Left" by Marie Howe

At first, the scissors seemed perfectly harmless.
They lay on the kitchen table in the blue light.

Then I began to notice them all over the house,
at night in the pantry, or filling up bowls in the cellar

where there should have been apples. They appeared under rugs,
lumpy places where one would usually settle before the fire,

or suddenly shining in the sink at the bottom of soupy water.
Once, I found a pair in the garden, stuck in turned dirt

among the new bulbs, and one night, under my pillow,
I felt something like a cool long tooth and pulled them out

to lie next to me in the dark. Soon after that I began
to collect them, filling boxes, old shopping bags,

every suitcase I owned. I grew slightly uncomfortable
when company came. What if someone noticed them

when looking for forks or replacing dried dishes? I longed
to throw them out, but how could I get rid of something

that felt oddly like grace? It occurred to me finally
that I was meant to use them, and I resisted a growing compulsion

to cut my hair, although in moments of great distraction,
I thought it was my eyes they wanted, or my soft belly

—exhausted, in winter, I laid them out on the lawn.
The snow fell quite as usual, without any apparent hesitation

or discomfort. In spring, as expected, they were gone.
In their place, a slight metallic smell, and the dear muddy earth.

Who, who had only seen wings,
could extrapolate the
skinny sticks of things
birds use for land,
the backward way they bend,
the silly way they stand?
And who, only studying
birdtracks in the sand,
could think those little forks
had decamped on the wind?
So many paired things seem odd.
Who ever would have dreamed
the broad winged raven of despair
would quit the air and go
bandylegged upon the ground,
a common crow? For more on the poet, Kay Ryan, see:

Tuesday Poem: "Ravens Hiding in a Shoe" by Robert Bly


There is something men and women living in houses
Don’t understand. The old alchemists standing
Near their stoves hinted at it a thousand times.

Ravens at night hide in an old woman’s shoe.
A four-year-old speaks some ancient language.
We have lived our own death a thousand times.

Each sentence we speak to friends means the opposite
As well. Each time we say, “I trust in God,” it means
God has already abandoned us a thousand times.

Mothers again and again have knelt in church
In wartime asking God to protect their sons,
And their prayers were refused a thousand times.

The baby loon follows the mother’s sleek
Body for months. By the end of summer, she
Has dipped her head into Rainy Lake a thousand times.

Robert, you’ve wasted so much of your life
Sitting indoors to write poems. Would you
Do that again? I would, a thousand times. 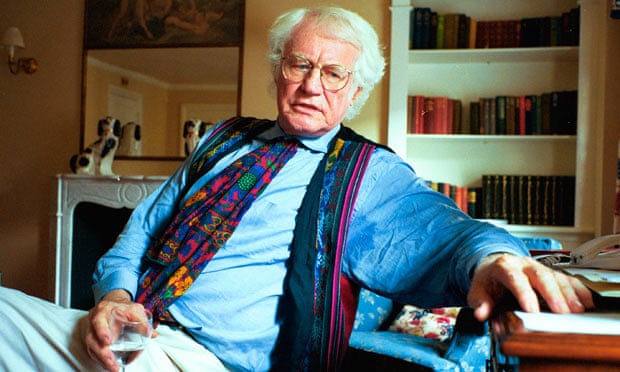 For more information about the poet, Robert Bly, see: