For a long time I was absolutely idiotic,
by which I mean I lashed and pulsed
like the cosmos of tissue at present on fire
inside the bodies of my students—
it being springtime, it being the season
of being naked under the cherry trees.
I'm not saying dig a hole and fall in it;

I'm not saying buy a cabin and a nanny goat
and walk around re-naming the forget-me-nots
after the lovers who said they'd slay you
and, well, did—for who ever heard
of a plant named Greg? Nevertheless,
sex is laughable; it's ultimately ridiculous;
it's what God invented since he couldn't have

Comedy Central. And still the young people
who aren't pushing their tongues
against the tongues of others
are weeping like babies
being prodded with thermometers
for the lack of good tongues
to lean their own tongues against.

I hear them complaining
about their would-be boyfriends and girlfriends,
and it's like they are all about to die,
like their hearts have spontaneously combusted
and little cell splinters are poking their lungs
and they're losing their balance,
falling like hail

or like meteors with pretty faces,
which is why when I say up, they look down.
And though I'm all for biology,
for the divine plan of multiplication
that calls for the pink of bodies
being bodies with other bodies
in beds and in bushes,

I'm sorry for all the time I wasted
being dramatic over the boys and their mustaches.
Maybe the heart, it gets colder.
But maybe the heart,
it learns a little self-preservation
and pulls the shades down
one window at a time. And it's not dark

in here. Really, there's a kind of light
between the marrow and the bone,
and sweet patches of grass to lie down on,
and muskrats and pied pipers
if that's the way you like to see the world,
if to get your kicks you choose to be delirious.
I mean, if you happen to be romantic 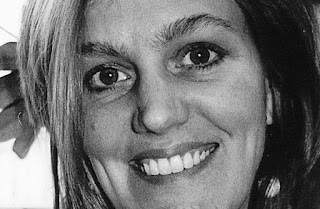 For more information about the poet, Adrian Blevins, see: