That summer, she had a student who was obsessed
with the order of adjectives. A soldier in the South
Vietnamese army, he had been taken prisoner when

Saigon fell. He wanted to know why the order
could not be altered. The sweltering city streets shook
with rockets and helicopters. The city sweltering

streets. On the dusty brown field of the chalkboard,
she wrote: The mother took warm homemade bread
from the oven. City is essential to streets as homemade

is essential to bread. He copied this down, but
he wanted to know if his brothers were lost before
older, if he worked security at a twenty-story modern

downtown bank or downtown twenty-story modern.
When he first arrived, he did not know enough English
to order a sandwich. He asked her to explain each part

and, one could determine if two adjectives were equal.
After Saigon fell, he had survived nine long years
of torture. Nine and long. He knew no other way to say this. 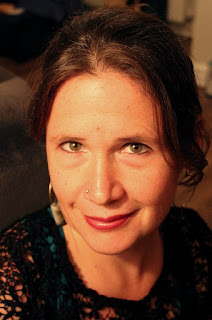